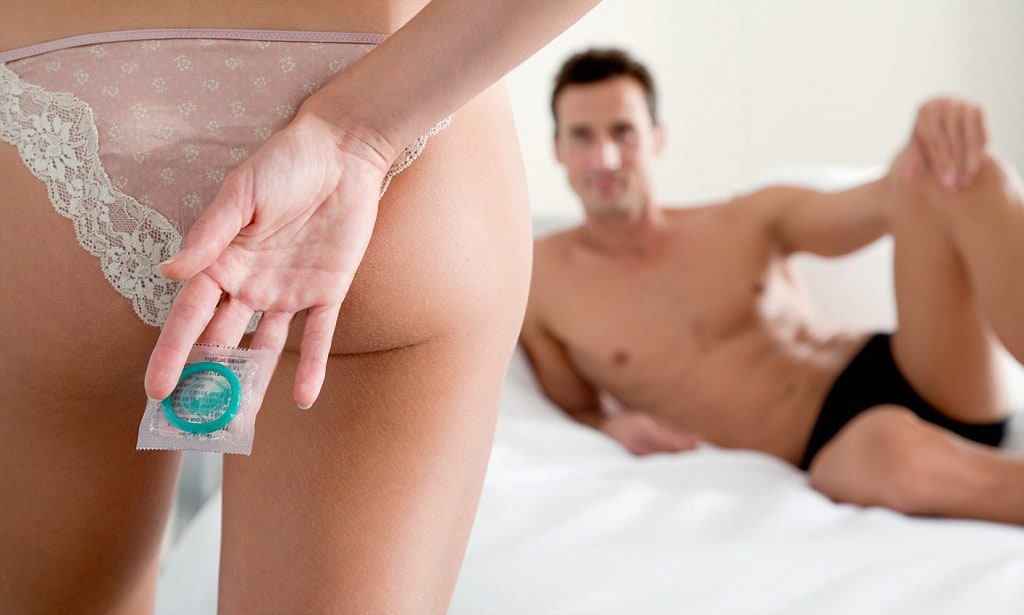 Like flossing your teeth, using condoms is one of those things that’s necessary but not always enjoyable. But as we all learned back in sex ed, when used properly, a penis raincoat can protect you from STIs and pregnancy more effectively than any other method.

That’s why we freaked when we saw this study, which suggests that pretty much no one is using them. Of the 25 women aged 18-24 that were interviewed, only two of them said using condoms consistently is important. And even those two women didn’t use them every time they had sex.

“A lot of women are using birth control, so they’re less concerned about an unwanted pregnancy,” says NYC-based sex therapist Michael Aaron, Ph.D. “But it’s worrisome because you can’t mitigate STIs using the Pill or an IUD.”

In the study, the top reason why women skipped the love glove was because they thought sex feels better without one. But that doesn’t have to be the case! Here are five surefire ways to make getting down with condoms sexy as hell.

Luckily, there’s a simple fix for this dilemma: lube, people! “Even though condoms come with some lubrication on them, I advocate for adding more,” says Aaron. “It reduces friction, which enhances physical sensations.”

You may want to try a silicone-based formula, which is thicker and longer lasting than water-based varieties. (Steer clear of lubes containing oil, which can cause latex to deteriorate.)

Apply one to three drops, focusing on the head of the penis. “This is the first point of entry, and the thrusting motion of sex has a suction-like effect that disperses the lube all around,” Aaron says. We always wondered how that worked.

The upside of dulling his below-the-belt sensations with a condom is that “it lessens the intensity for guys who struggle with rapid ejaculation, which helps them last longer,” says Aaron. That means you reap the rewards. Hello, O-town!

Take advantage by indulging in high-friction positions like doggy style and side-by-side, which research shows are particularly stimulating for guys.

Condom inventors have been busy, and it’s worth experimenting with some of their creations. We’re talking ribbed and studded textures (external for your pleasure and internal for him), thin designs, channels created to help the flow of lube, warming condoms, tingly condoms, twisted and enlarged heads, and glow-in-the-dark materials. There’s something for everyone!

“Textured condoms may be appealing to women because they can rub up against the wall of her vagina more effectively,” says Aaron. Duly noted.

When you’re in the heat of the moment, the last thing you want to do is race to the bathroom for a sperm goalie, unwrap it, and maneuver it onto his joystick.

Solution: Keep the condom in your bedside table and put it on in a sultry way. “Incorporate it into foreplay so it feels like part of the flow, rather than a disruption,” says Aaron. Depending on your oral dexterity, you can try using your mouth to roll the rubber onto his penis. Alternately, you can give his family jewels some oral love while he puts it on himself.

Other options from Aaron: Straddle his chest (facing his peen) so he gets a sexy view while you slide it on. Lastly (and our personal favorite), you can position yourself over his mouth and have him go down on you while you roll it on. Think of it as a safe and sexy 69.

If condoms are taking a toll on your pleasure, try certain moves to amplify the amount of pressure you feel, says Aaron. He suggests missionary with your legs closer together, the G-Whiz, or the Seashell.

“These modifications and positions temporarily change the dimensions of your vagina during sex, making the vaginal canal narrower and/or shorter,” says Aaron. “As a result, his penis will feel bigger and tighter inside of you, which will increase sensation.”

All of that plus a generous amount of lube = a solid roll in the hay. 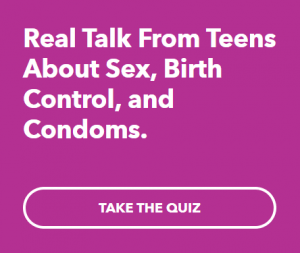